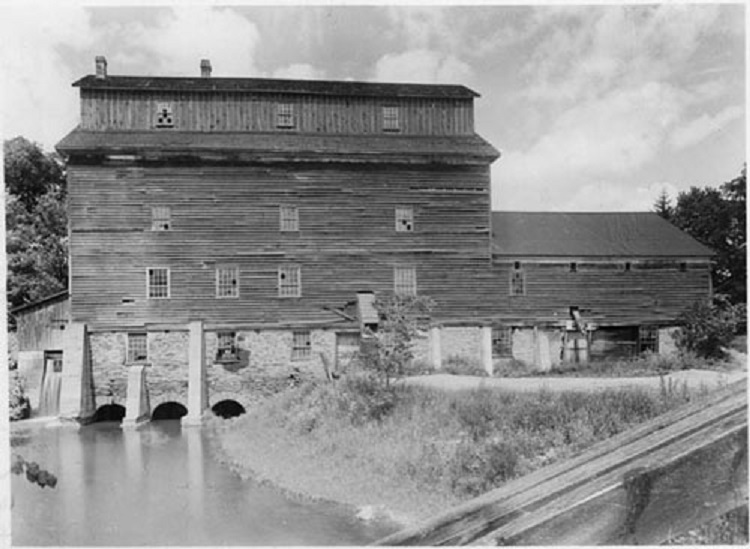 The story of Meadowvale Village begins in 1819 when twenty-nine families, led by John Beatty and Joseph Cater, emigrated from New York State and settled in this area. The “founders” of the village are considered to be John Beatty, James Crawford, John Simpson and Francis Silverthorn. Beginning in 1833 Beatty’s large land holdings were purchased by James Crawford, who in turn sold these properties to Aaron and Francis Silverthorn. Crawford, followed by Silverthorn and Simpson, established the strong milling traditions of Meadowvale, and laid the framework for the village that emerged after 1836. The village streets and lots were surveyed in 1856, although several buildings pre-date this survey. By the 1860s, Meadowvale boasted a general store, post office, shoemaker, two blacksmiths, a carriage and harness maker, wagon shop, cooperage, carpenter, schoolhouse, cheese factory, two sawmills, a chopping mill, and the large grist mill. Meadowvale was also home to a literary and debating society known as the “Fortnightly Club”, who produced the Meadowvale Mirror newspaper. In 1968 Meadowvale (now known as Meadowvale Village) joined with the other villages of Toronto Township to form the Town of Mississauga. Due to the well-preserved historic character of the area, Meadowvale Village became Ontario’s first Heritage Conservation District in 1980. 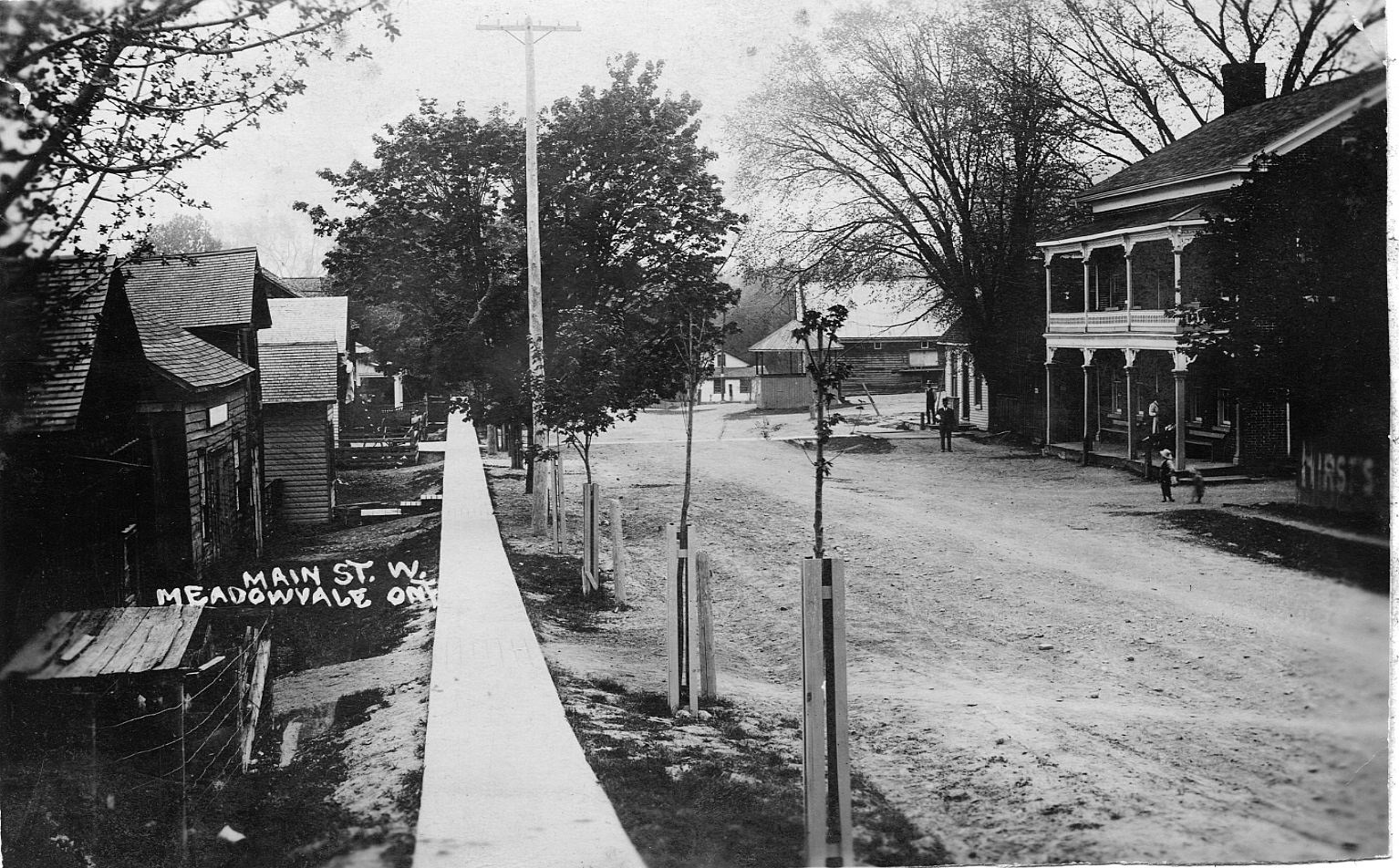 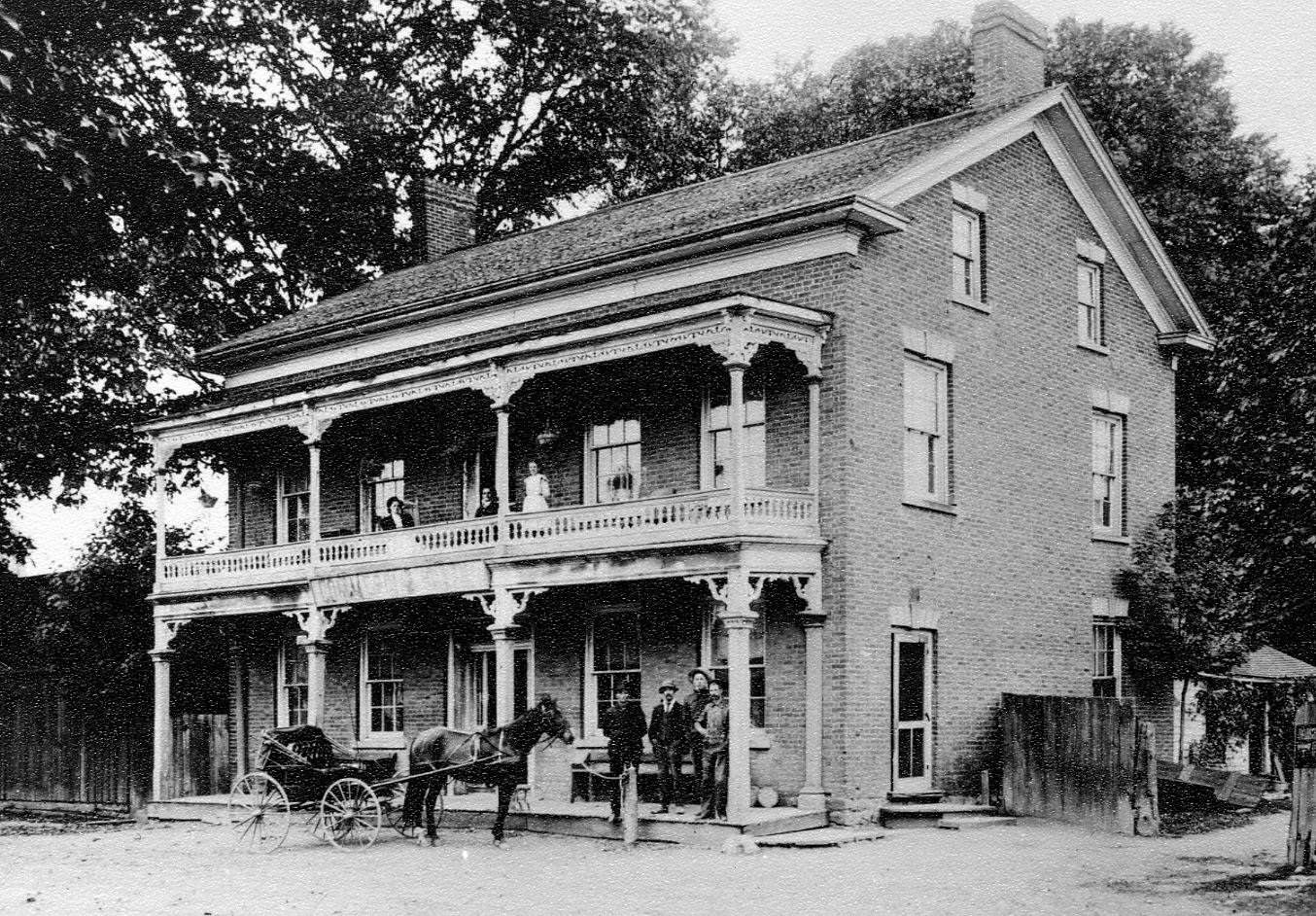