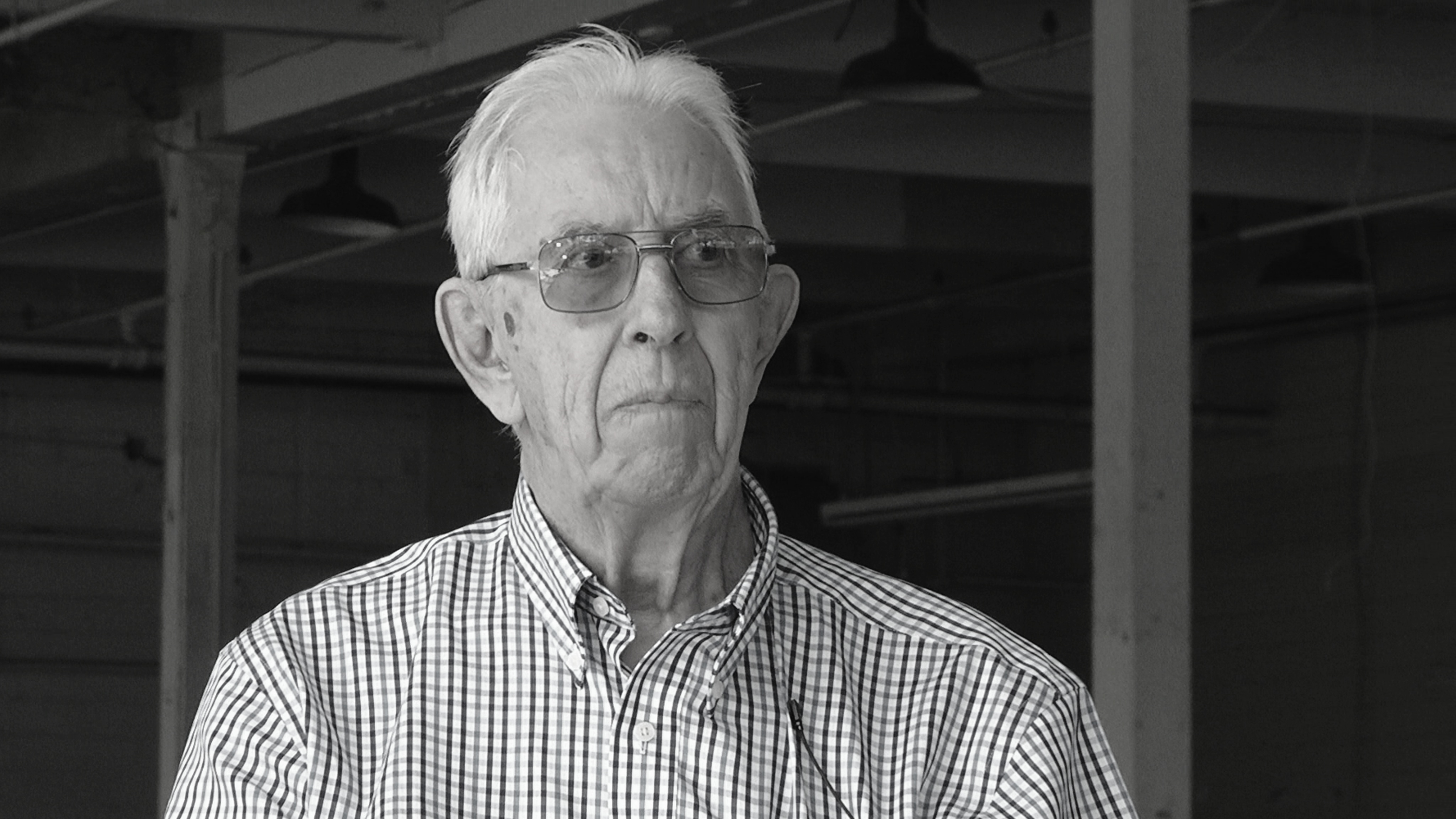 MEGHAN MACKINTOSH: Len, please tell me about your time at the Small Arms?

LEN MCNEICE: I worked at the Small Arms in the summer of 1942 and 1943. In ‘42 I worked in the woodshop, which was designated the butcher shop because so many people were hurt.

I was there when one guy was putting a piece of wood through a machine and somebody distracted him and he forgot to let go, and he lost his five fingers. That’s why they called it the butcher shop. And so I worked there the first year, and I went back to school, and in 1943, I came to work again and they said well you quit last year we don’t want to hire anybody just for the summer, and I said well I’m not going back to school. I lied. But that year I worked in the body shop where some of the people worked. But I didn’t work on the machine I had a little truck that I used to pull parts around. That was very interesting. And one time I nearly knocked a guy over, the Bell telephone guy was working on the ladder, it was a guy that I had stopped speaking to when we were 12 years old, for some reason or other, and we spoke and I said what are you doing, he said I’m going down to join the Navy the next day, so I went with him and we joined the Navy. And that’s it.