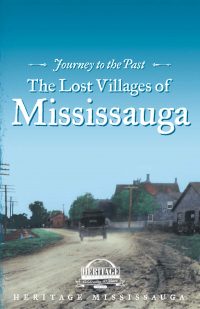 Frogmore developed around what is now the intersection of Winston Churchill Boulevard and Dundas Street West. It was named after a Royal country retreat in England. The hamlet was once home to a general store, post office, school, the Zion Wesleyan Methodist Church, a Temperance Hall, a wagon-maker, and the well-known Conover Brewery. Nothing remains of this cross-roads hamlet today.