Derry West was located around the intersection of Derry Road and Hurontario Street. The village was named by the Graham family whose ancestors had fought in the Battle of Londonderry, Ireland. Originally named Derry-in-the-West, the name was later shortened. Derry Road was once known as Holderness Street and later as the Derry West Sideroad. Derry West was once a prosperous village, home to an Anglican Church, Presbyterian Church, inn, hotel, tavern, Orange Lodge, Temperance Hall, school, general store and blacksmith shop. It was also home to first Post Office in Toronto Township. Derry West once vied with Brampton, Malton and Streetsville to become the County Seat, but was swept by fire in 1865, and much of what was lost was not rebuilt. The most visible reminder of Derry West today, other than the name of Derry Road, is a small cemetery and a plaque dedicated by the Derry West Women’s Institute remembering the village. 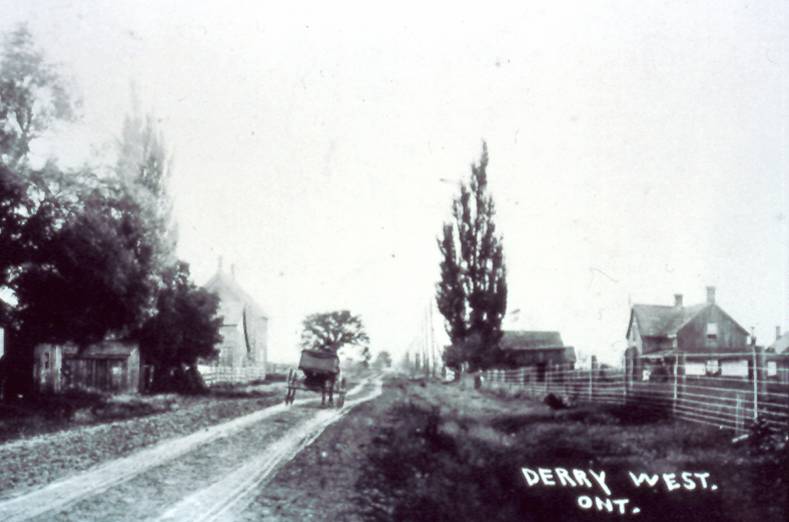