Little is known of Clogheneagh. It was located, roughly, near the intersection of Airport Road and Northwest Drive, near Malton. Clogheneagh was founded by Colonel Connell Baldwin, it has been said that “few more gallant gentlemen graced the colonial stage”. Named after his Irish birthplace, Baldwin built a large manor house, a small Catholic Church, and a schoolhouse on his property. The church and school were dedicated to St. James. During the Irish famine in the 1850s Baldwin turned his estate into an isolation hospital for ill Irish immigrants. A small cemetery, now lost, was also established on the property. Nothing visible remains of Clogheneagh today. 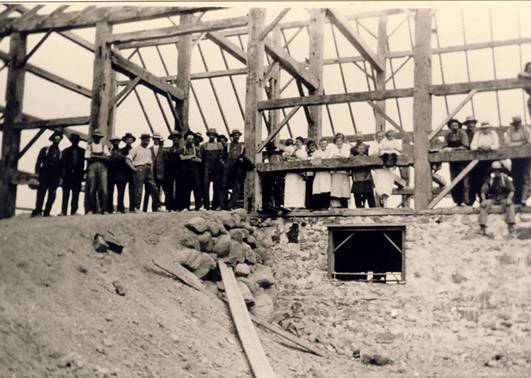