Driving into Clarkson today, newcomers might wonder at the “Welcome” signs that greet them. Certainly, to the average passer-by, following Lakeshore Road or Southdown Road, there might be little to remind them visually of the village’s rich historical roots. There was a time, not so long ago, that Clarkson was a rural village within Toronto Township. Considered by many as the first settled area of Mississauga, settlement first began in this area in 1807. Among the first settlers were the Bradley, Clarkson, Gable, Greeniaus, Hammond, Hendershott, Jarvis, Marlatt, Merigold, Monger, Oliphant, Shook and Thompson families, amongst others. Many of them were Loyalists. The area became referred to as “Merigold’s Point”, after the prominent Merigold family. Over time the emerging community unofficially became known as “Clarkson’s Corners” after early settler Warren Clarkson, who had opened a general store and post office on his property. In 1850, the road alignment which bordered Warren Clarkson’s property was officially recognized as Clarkson Road. In 1855, the Great Western Railway arrived. A train station was on part of Warren Clarkson’s property and given the name of “Clarkson’s”. The name of the station, and through it the surrounding area, was later shortened to “Clarkson”. Although the community never incorporated as an independent village, in its heyday Clarkson was recognized as the “Strawberry Capital of Ontario”. Clarkson became part of the Town of Mississauga in 1968. 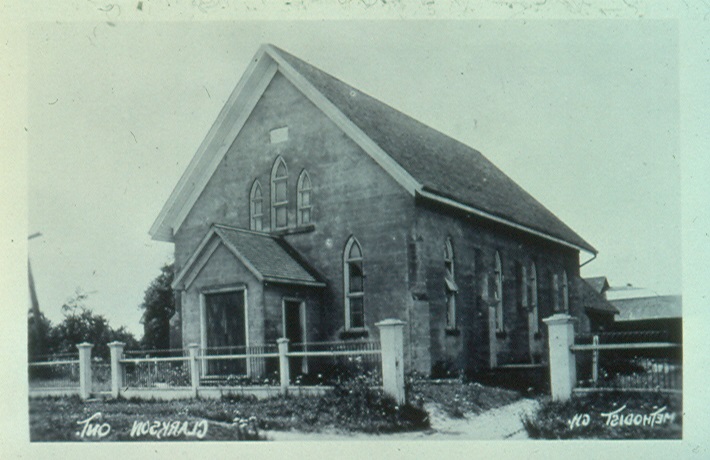 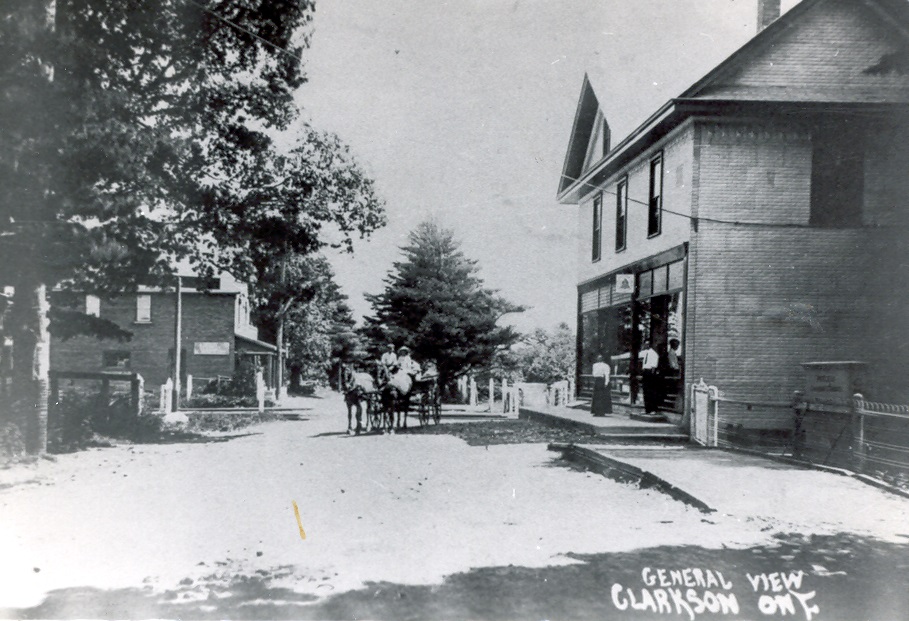 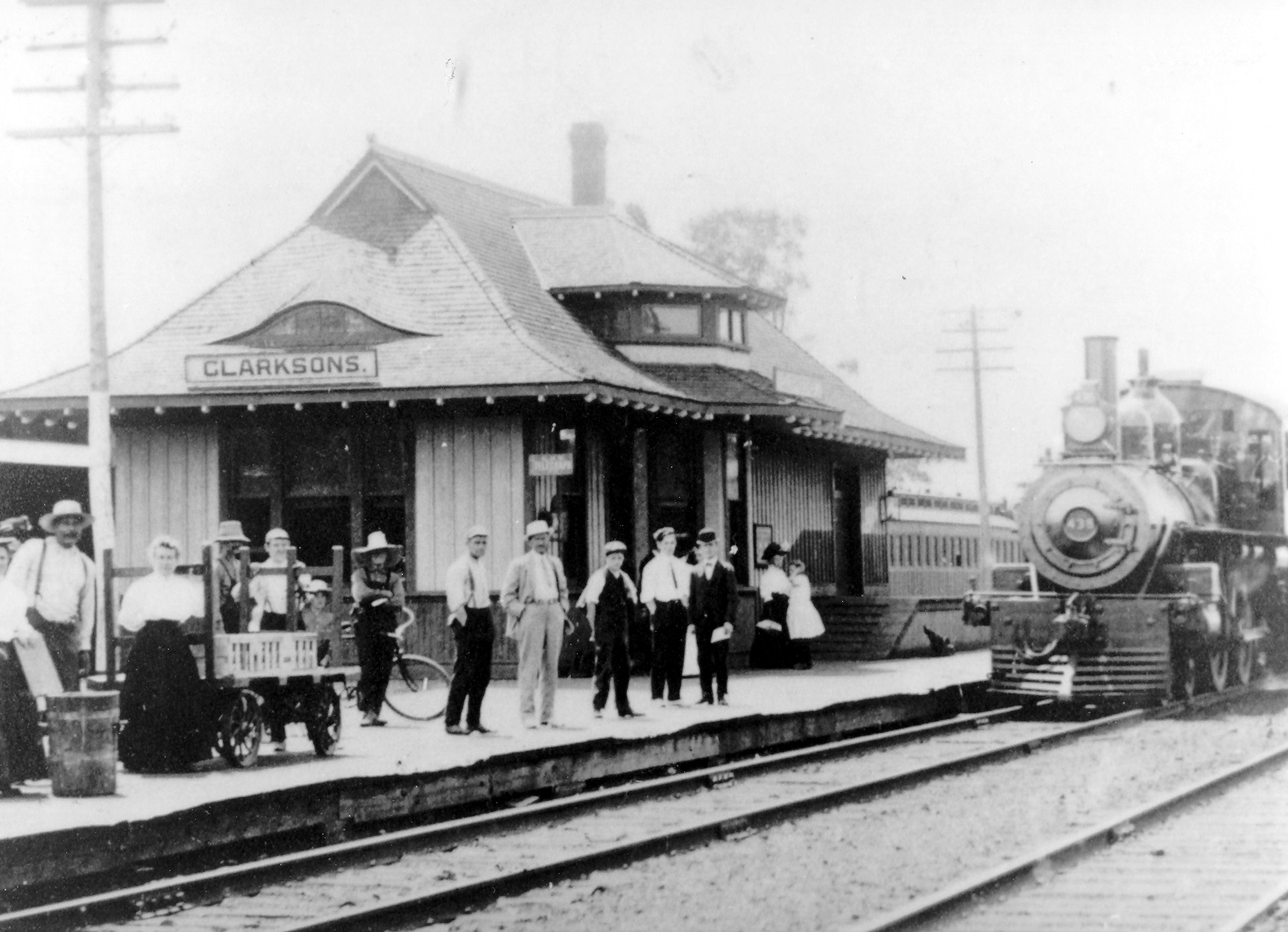