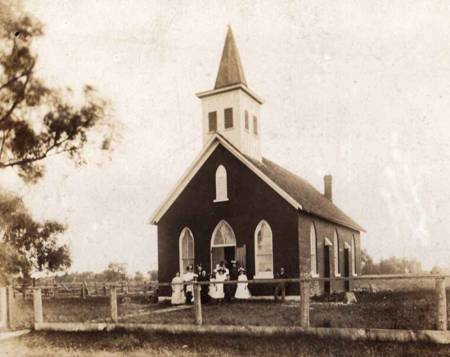 Not every “lost village” was in essence a village. Some were loosely connected farming communities with daily life focused around a local rural church, store or school. The “Catholic Swamp” was originally part of Trafalgar Township, roughly situated around the intersection of Ninth Line and Britannia Road. The “Catholic Swamp” was so named because of the concentration of Irish Catholic families who settled here in the 1820s and 1830s. A small rural church and cemetery was established in 1823. The crossroads, which locals referred to as “Diamond”, was also home to a weaver’s shop, blacksmith shop, school, and a general store which operated under the name of “California”.