History of the Land

Clarkson is the oldest settled area of historic Mississauga and one of the founding communities of Toronto Township. The Petro-Canada Lubricants Refinery resides on what is informally known as Merigold’s Point. The name came from the original owner of the lot, Thomas Merigold Sr. (1761-1826), who received a land grant here in 1808. Thomas Merigold was one of the first settlers to arrive within the Clarkson area and owned lots 29 and 30 within Concession 3 SDS (South of Dundas Street), consisting of over 400 acres.

The Clarkson Refinery is a common name for the company, however the formal name has changed over the years, including British-American Oil Refinery, Gulf Oil and presently Petro-Canada Lubricants.

British-American Oil Company purchased portions of lots 29 and 30 in 1941, and opened the refinery on November 15, 1943. The intended production was to formulate lubrication oil. Though despite the plans, oil controller G. R Cottrelle raised the demand for aviation fuel. The Clarkson refinery adjusted focus to accommodate. The change was positive for the company as it contributed towards the war effort. British-American Oil merged with Gulf Oil in 1969.

On November 16, 1983 The Globe and Mail released an article discussing the cuts around production specifically impacting the Clarkson Refinery. The reduced production of gasoline and heating oil impacted around 25-30% of about 700 employees. 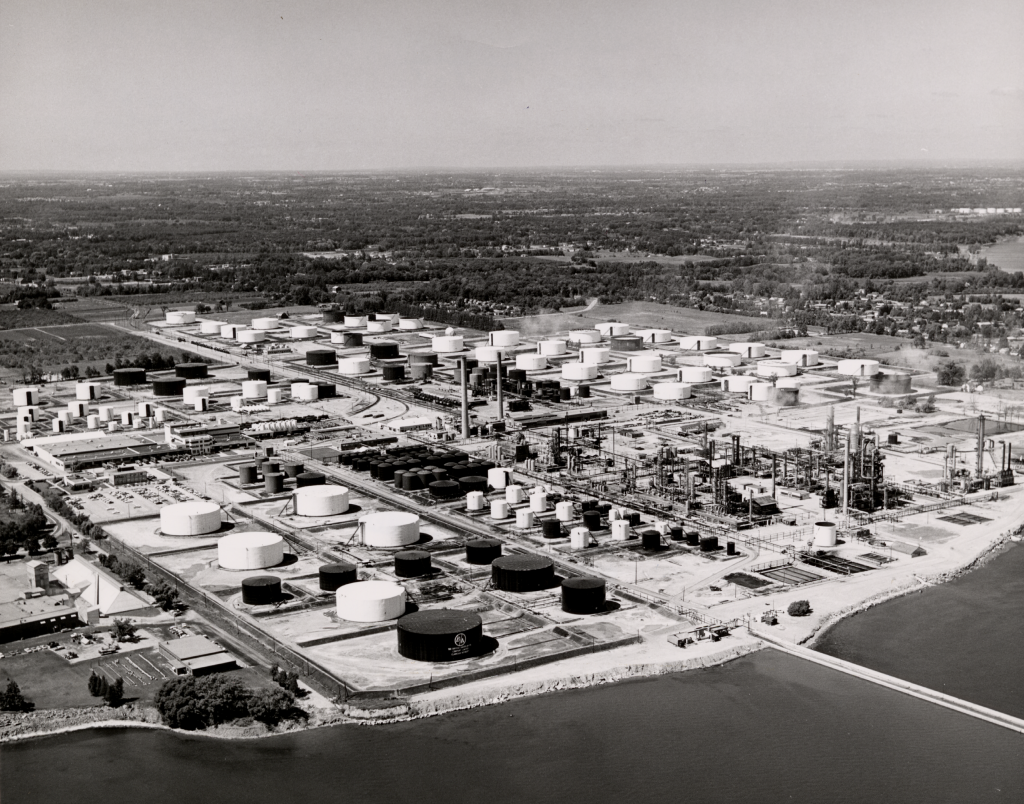 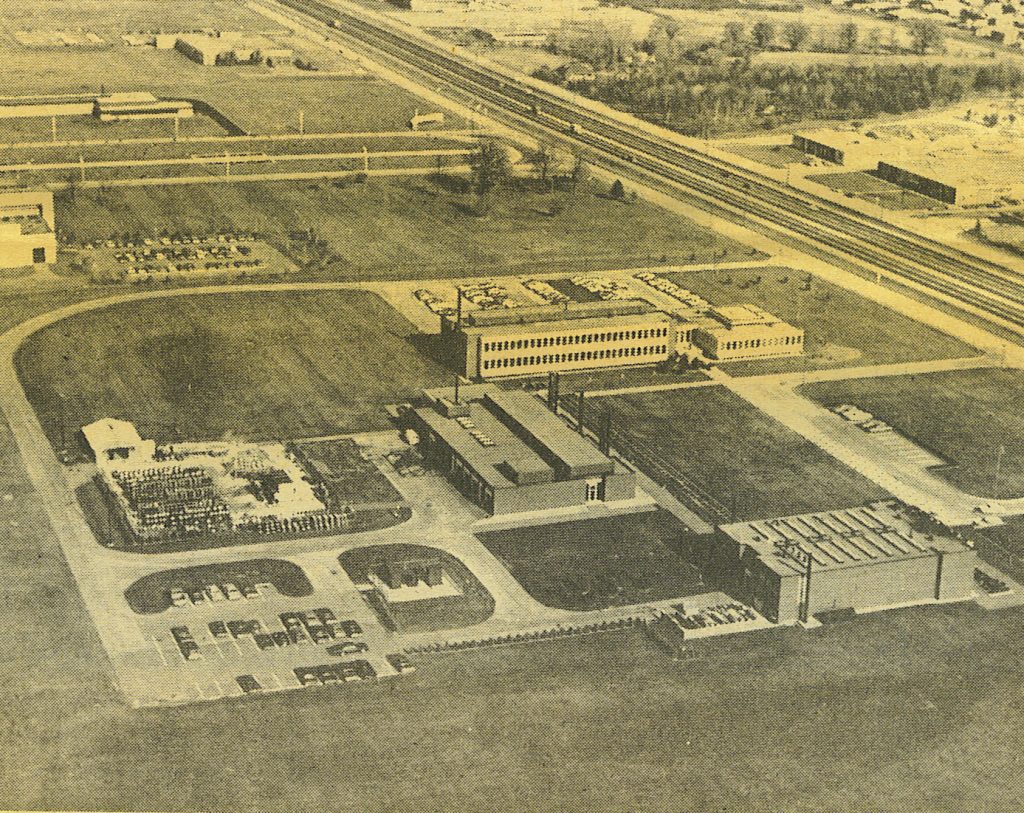 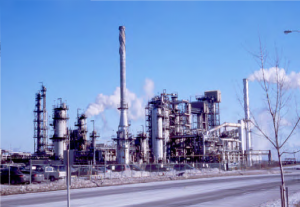 Petro-Canada purchased Gulf Oil Refinery in 1985. Petro-Canada’s history dates back to 1975 when the company was originally created as a Crown Corporation. The company has become widely known across the country, with over 30 self-serve service stations within Mississauga alone.

On August 22, 2003 at 8:45 pm the company experienced a ground-shaking explosion and fire. Local residents mistook the explosion for thunder; however the sound was described as a sharp and loud noise. After the explosion a fire started within the facility. Police arrived within five minutes of the explosion which was shortly followed by fire services.

Petro-Canada merged with Suncor in 2009. Community involvement is something Suncor actively engages in such as supporting the Mississauga Waterfront Festival, Credit Valley Hospital, and Credit Valley Conservation to name a few. In 2012 Suncor partnered with the Riverwood Conservancy and the Friends of the Museums of Mississauga in support of community programs. By October 2016 Suncor sold Petro Canada to Dallas-based Holly Frontier, which is the current parent company. Today refinery production ranges from food grade lubricants to machinery-focused oils.

The company focus on the environment has improved with taking precautionary measures with formulation of products. A specific product line is Ecosia ™ providing strong productivity and helps reduce its environmental foot print. Producing higher productivity and lasting lubricants cuts down on need of oil.

The company continues to support the community and the City of Mississauga by being actively involved in fundraisers and sponsoring charities’ and events. The action towards environmental concern has resulted positive feedback from residence towards the company.