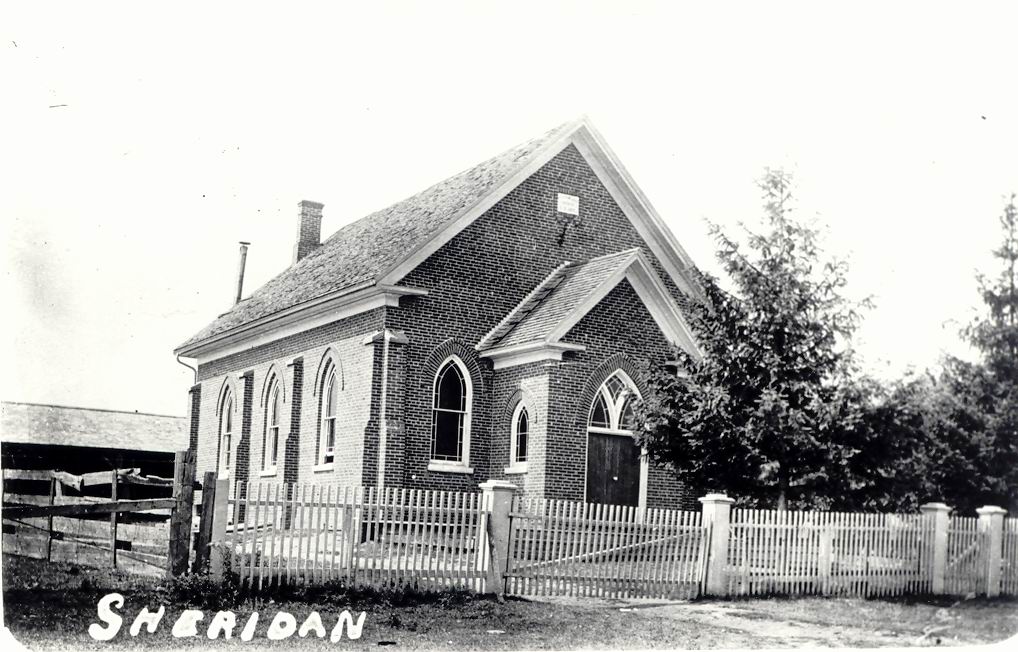 The historic village of Sheridan grew around the intersection of Winston Churchill Boulevard and the Queen Elizabeth Way (formerly Middle Road). Originally known as Hammondsville, Sheridan was named after British playwright Richard Brinsley Sheridan in 1857. The village was home to a general store, post office, a Methodist (later United) Church, school, a Temperance Hall, a tannery, blacksmith, and a chair factory. Sheridan Nurseries was founded in and named after the village of Sheridan. Although the historic village has largely disappeared, its name lives on in a variety of forms, such as Sheridan College, Sheridan Homelands, Sheridan Mall Shopping Plaza and Sheridan Park Research Centre. In 1967 the name of Sheridan placed second in the vote for naming the Town (now City) of Mississauga.